In this case, our customer was investigating sequentially the effect of several point mutations (28) on the biological functionality of a transmembrane protein.

We have several ways to introduce point mutations in our constructs.

One them consisting on splitting the coding sequence into multiple DNA bricks to be stitched together in a seamless way. Point mutations are then introduced by design within the stitches between the bricks. The resulting construct has a >99% chance to contain the right mutations.

This is saving the time and cost to rely multiple gene synthesis.

Now three of them have been identified as relevant, we can even produce the combinatorial mutant just using the material we already have. 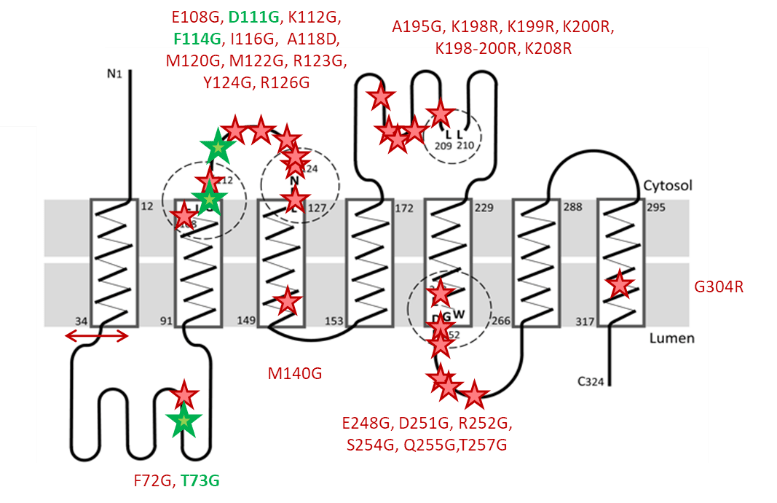