Example of a 4 cassettes expression vector for eukaryotic cells

What do we mean by ‘total freedom of design’? Here is a glimpse of it.

We decided to build up a vector that could drive the expression of four different proteins (4 distinct fluorescent proteins), each under the control of its own promotor, and each addressed to a different cell compartment (Nucleus, Golgi, Mitochondria and Plasma Membrane) by fusing each ORF with the appropriate addressing peptide or protein domain.

We have chosen the orientation for each expression cassette and even the location of the bacterial content, to act as buffer between the cassettes (A)

Following one single transient transfection we could observe by confocal microscopy that each protein localized in the appropriate cell compartment (C). 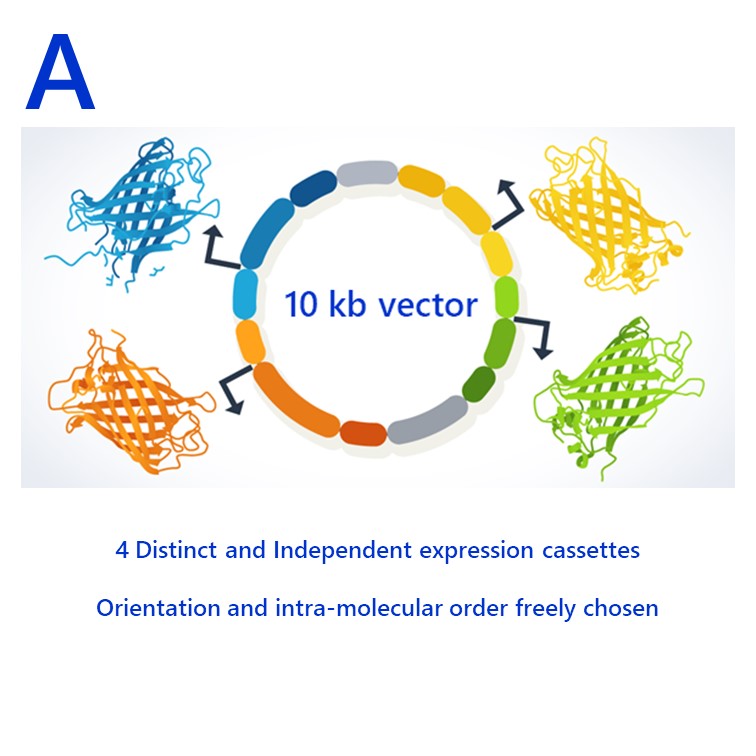 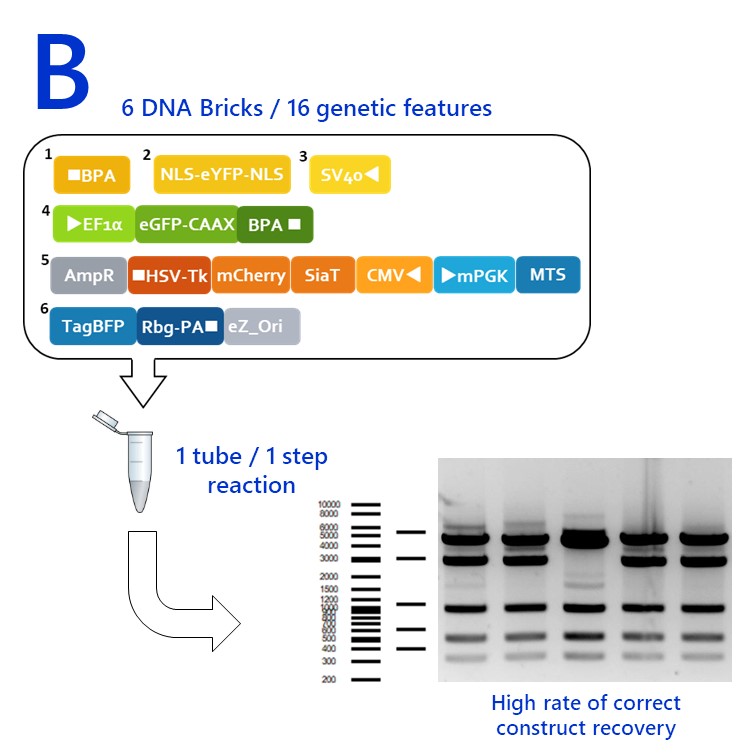 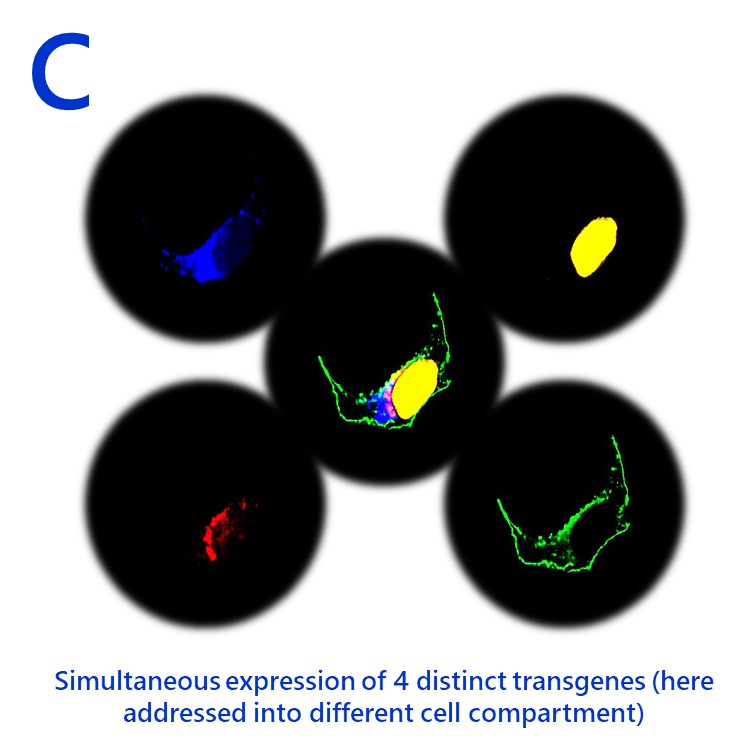