Combining coding and non-coding cassettes in one vector

This example is actually the very first project on which the founders collaborated when they met.

The strategy chosen for this was to assemble a vector containing both a cDNA expressing cassette, that is the FUT3 ORF driven by a Pol II promoter, and a B3GALT6 specific shRNA cassette driven by a Pol III promoter. A selection cassette was also required to select stable transfectants of a previously engineered cell lines (based on murine 4T1 cell line), with limited option available (Hygromycin resistance imperatively).

Stable 4T1 transfectants were subjected to a flow cytometry analysis using the E or P selectin as probe to monitor the presence of each ligand on the cell surface. The analysis showed that sense FUT3 indeed increased E-selectin signal, while B3GALT6 shRNA decreased P-selectin one, accordingly to expectations, though with some variable efficiency depending on the construct. 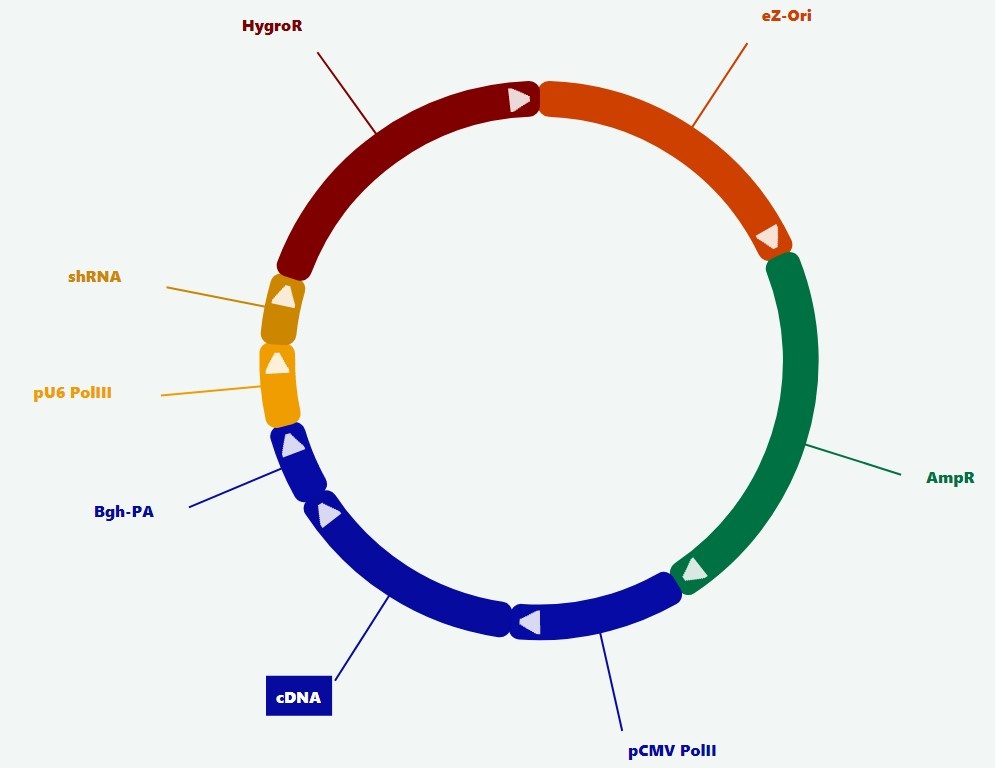 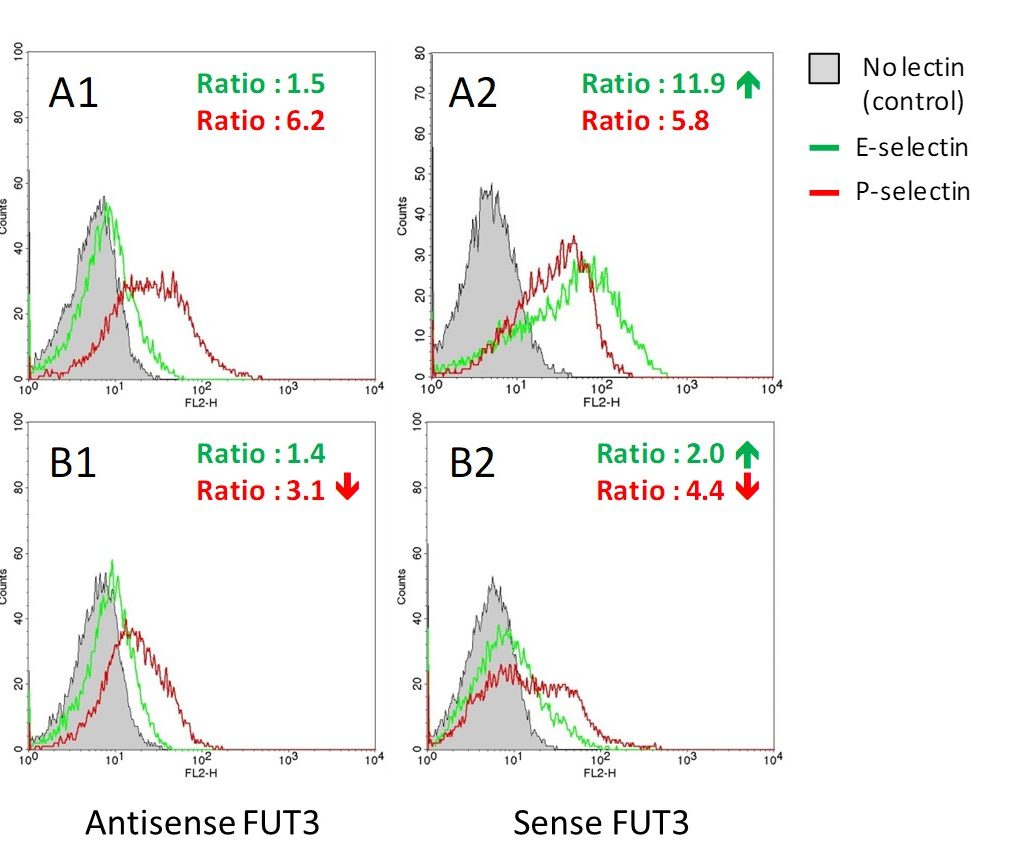 Such strategy can be applied to several projects requiring both coding and non-coding sequences to be expressed simultaneously in a cellular model: