Life forms are either unicellular microorganisms (e.g. bacteria or yeast) or pluricellular systems (animals and plants).

The vast majority of living cells contains in itself the ‘software’ defining what it is supposed to be and how it is supposed to function at the molecular level. This software is written on a particular molecule, the DeoxyriboNucleic Acid (DNA). DNA has the same chemical nature in every life form on earth. 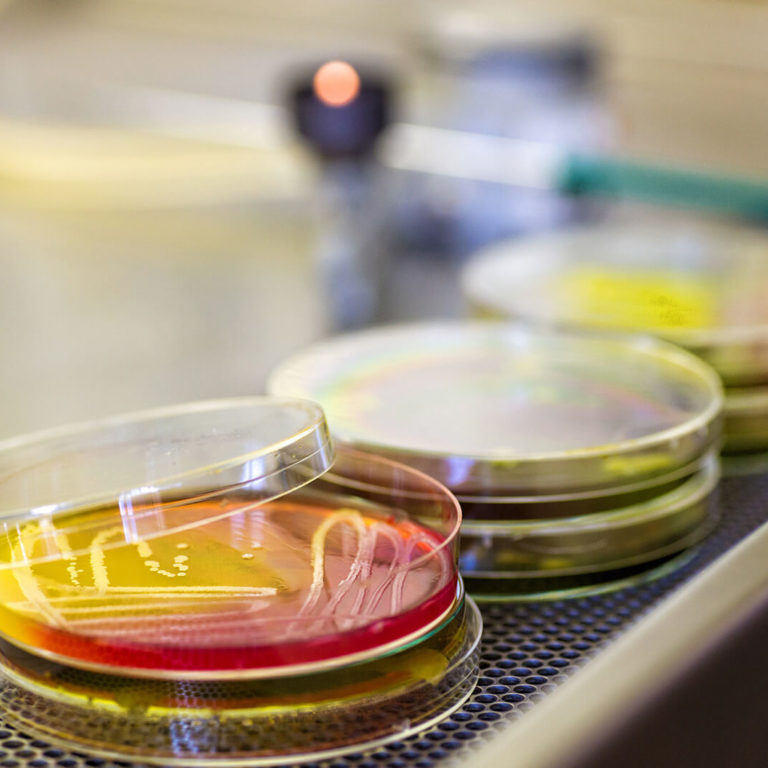 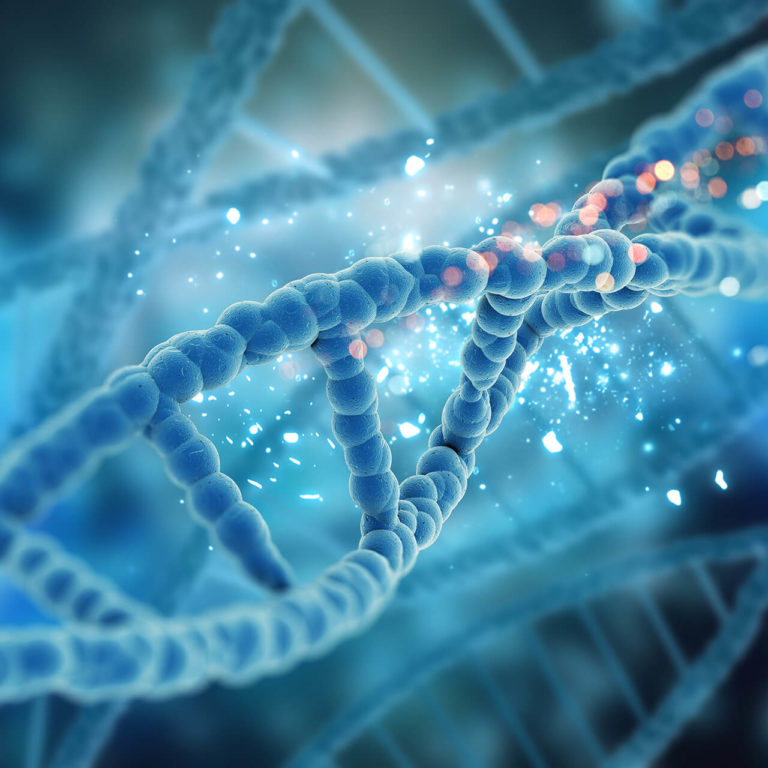 DNA is a polymer, meaning a repetition of similar chemical units, a bit like beads in a necklace. DNA units are called nucleotides and exist in nature in 4 versions (4 beads colors): A, T, G and C. The sequence of nucleotides stores information in an alphabet called the genetic code. This is the code used to write the software of life.

This code defines genetic words that will translate in basic biological functions: these basic words are known as Genes. Taken together, all the Genes form the Genome (this is the scientific name of the software of life).

Now, life has appeared on Earth some 3.5 billion years ago, and since then has employed itself to develop and diversify the genomes of all the living species. Mankind’s Genome emerged about 15 million years ago. And the first Man to discover and describe the DNA molecule did it only 150 years ago. Scientists have been deciphering genes and genomes for less than a century, and we are now trying to understand very old and complex genetic histories.

Humans’ genome for instance is composed of 3 billion of nucleotides distributed between 23 chromosomes. It has been fully sequenced (chemically read) for the first time in 2001. Roughly, our Genome contains 20 to 25 thousand genes. In comparison, this is as many as the average active vocabulary of an adult English speaker. Still, identified genes only account for 2% of the full DNA sequence of our Genome4, meaning there is a lot of ‘text’ that we do not fully understand yet.

And this is just talking about humans but remember that every species is actually defined by its own genome. Recent studies have estimated that Earth was populated by 8.7 million (without bacteria) to 1 trillion (including bacteria) species. Of course, genome sizes vary a lot between species, from 159 thousand (bacteria Carsonella ruddii) to 149 billion (flower Paris japonica) of nucleotides (and we are not even talking about viruses).

So, taken together, Earth Life genetic patrimony constitute a tremendous and vastly uncharted territory that awaits to be explored.